Facebook-f Instagram
No products in the cart.
$0.00 Cart
Menu

Local foodie Phillip Hallani hopes to put Penrith on the map when his new restaurant venture, The Market Cafe, opens early next year.

Mr Hallani’s dream, which is a decade in the making, is set to come alive in the heritage building located out the front of Nepean Village, which was most recently occupied by a Thai restaurant.

“We want to emphasise the point that it is a beautiful heritage building, we’re not touching anything on the outside, but we are really trying to work with the inside.”

The Market Cafe will have a modern style dining space, which will serve a modern Australian menu with a twist as well as a private function space that will accommodate high teas and even engagement parties.

“It will be a mix of healthy food and we are going to create a menu that is suitable for everyone, giving people options,” Mr Hallani said.

The outside of the cafe will be transformed as well, with Mr Hallani already spending over $100,000 on the garden and landscaping.

Having always sought to learn off the best, when Mr Hallani decided to pursue his dream, reaching out to the owner of The Grounds of Alexandria, Ramzey Choker, was a no-brainer.

For three weeks, Mr Hallani volunteered working with Mr Choker on the pop-up project, The Grounds by the Sea, in order to get an insight into how one of the highest grossing cafes in Australia is run.

“I would leave Penrith at 4.30am and I’d get back at 10.30 at night, three weeks straight, because when you want to do something really bad you’ll do anything,” Mr Hallani said.

“My parents thought I was crazy, they’re like ‘you’re leaving a successful business to go work for free for someone’ but, for me, learning off Ramzey, I would have paid him if he asked.”

Mr Hallani said The Market Cafe will be on a different scale, creating a unique destination for people to visit in Penrith.

“I’ve always told Ramzey that I wanted to create what he did for Alexandria in Penrith,” he said.

“What I want to do that The Grounds have done is create a destination, I want people to be coming from Parramatta out to Penrith.”

After having run his local family business, Hallani’s, for the last eight years, Mr Hallani is bringing across his parents’ strong values.

If approval goes ahead, a shipping container will also be located in the back garden which will host a range of food pop-ups, where every dollar will go to charity.

“Everything I have learned in the sense of giving back and doing good is from my parents and through the business,” he said.

“We want to help other businesses as well, that’s a big part of what we are doing.”

The renovations for the cafe are scheduled to start in December, with the restaurant doors set to open in mid-February. 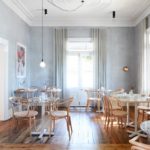 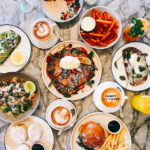 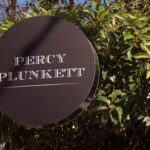 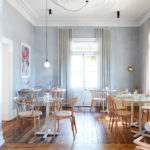 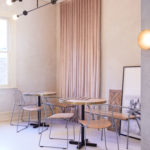