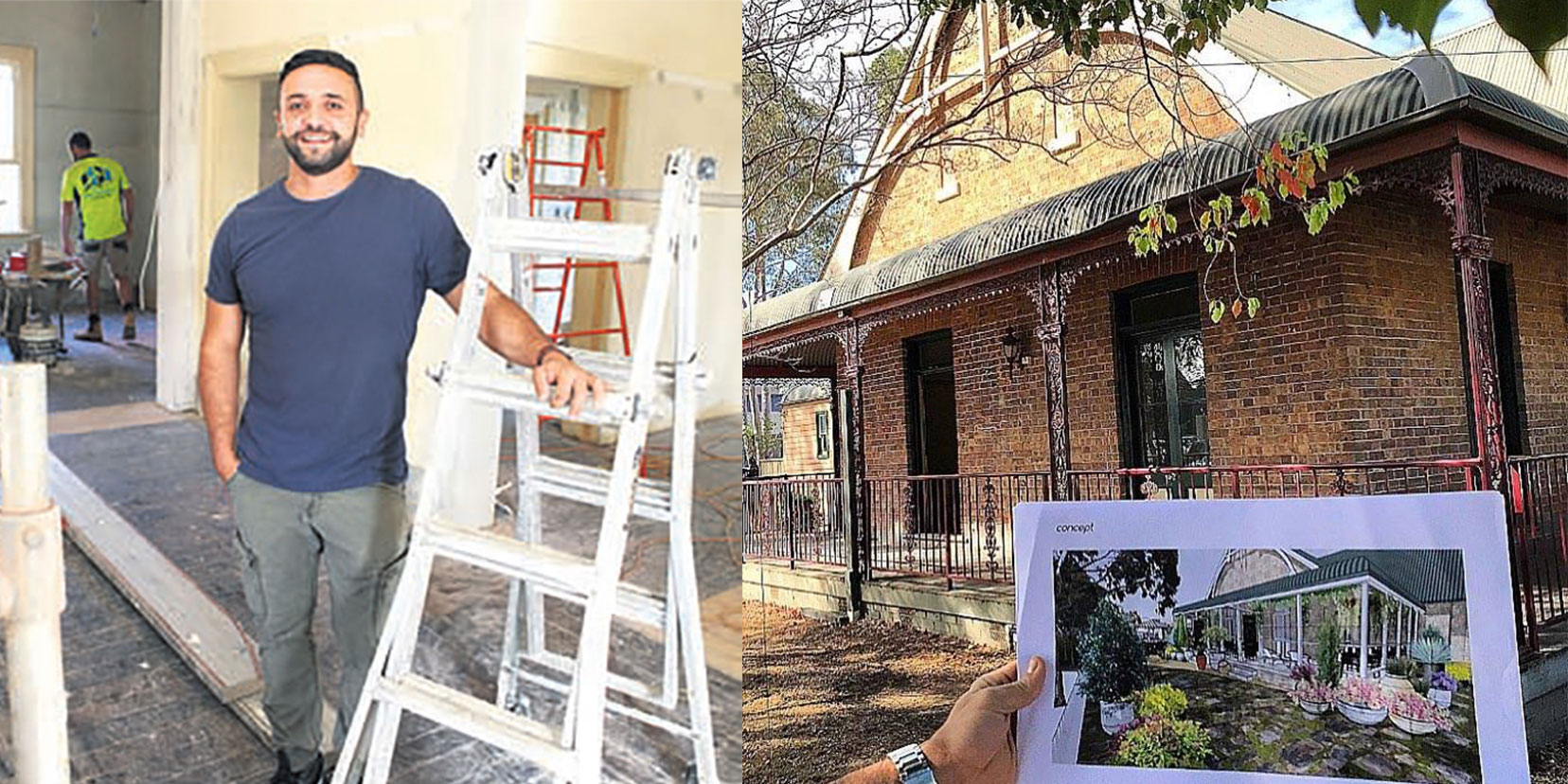 Last time the Weekender spoke to local foodie Phillip Hallani, he had just signed the lease for the old heritage building outside Nepean Village, with plans of turning it into a destination based café.

Four months on, a lot has changed for the project – including a new name. “Market Cafe worked because we had little ideas of doing pop-up markets during the week, but it wasn’t really fitting to the building,” he said.

“We sat down with our designer and started looking at the history and we saw that a previous owner, Percy Plunkett had the biggest influence on the house.

“He lived in it for over 40 years from 1921 and he did all the renovations through it, his family was raised here.” The site was most recently used for a long-running Thai restaurant, which closed several years ago.

While Mr Hallani had originally hoped to have the cafe doors open to the public last month, a few setbacks has meant the project has been delayed, but it hasn’t put a dampener on Mr Hallani who is still smiling and excited about the future.

“Approval delayed us a lot, but Council were amazing and when they saw our vision they were all for it,” he said. “The only thing they didn’t approve was the shipping container, so what we are doing instead is having an outdoor coffee cart, a little bakery cart, as well as a pop-up florist.”

One thing that has remained firm throughout however, is Mr Hallani’s vision of creating a place where everyone is welcome. And despite still being a few months away from opening, Mr Hallani has already started to create a sense of community within the café by hiring local talent. “90 per cent of our trades are locals and that has probably been my biggest thing, just supporting local business,” Mr Hallani said.

“I was born and raised here, went to school here, I played footy here, my whole life has been Penrith and I’m just so proud to be from here.” While working extensively on his new project, Mr Hallani continues to work at the popular Hallani’s grocery store and takeaway in Kingswood.